Behind the Scenes at NASA

This past week, I was invited to attend NASA’s social media influencer event where they hosted 200 influencers to tour the Kennedy Space Center’s facility, meet with NASA’s senior leaders, and watch the SpaceX launch! My counterparts included a diverse group of engineers, educators, and lifestyle bloggers from all over the world. From the second I arrived at NASA, I quickly recognized how much they value social media and how they see it as an integral part of their operation. Here’s what I learned:

During our conversation with the NASA Administrator Jim Bridenstine, he mentioned how NASA doesn’t align to any political party and its success as an organization is largely attributed to the bipartisan support it receives. He touched on NASA’s current budget, the spending bills in place, and NASA’s non-aerospace ventures. Contrary to popular belief, NASA does far more than just space exploration: the organization also researches the ocean and atmosphere, aeronautics innovation, technological development, satellite maintenance, and education. Obtaining robust funding is important for national security, the economy, and maintaining our place as global leaders in aerospace innovation.

The organization’s economic impact creates a ripple effect, and for every dollar invested, the economy sees a return on investment of $7-$14 (Huffington Post, 2013). In addition, NASA’s spending profile creates a larger transactional impact throughout the economy, compared to the average federal impact– 2.6 NASA to 2.3 USG, respectively (NASA, 2013). It’s known that NASA has a large impact on the space economy, but many don’t realize the profound economic impact it has on the country as a whole.

NASA’s current supply chain model is so effective that it can quickly adapt to changes in demand while also maintaining low costs. Despite this, it costs around $6,000 per pound of cargo to reach Earth’s low orbit, however, Elon Musk believes this cost could eventually be below $100 per pound. One of the most interesting things that I learned at NASA is that for future exploration to remain financially sustainable, there needs to be a complex supply chain network both on the ground and in space.

It only takes a few minutes to see a rocket fly into space, but the work that goes behind that stretches over thousands of hours. During the NASA briefing, one of the influencers inquired about how many things must go well for a successful rocket launch. The engineer responded by saying that thousands of things must go right. The engineer joked that the launch itself was the easy part since there were no humans on board, further explaining that NASA has countless backups in case anything goes wrong. The logistics behind even a small portion of a launch required thousands of components and hundreds of people. Early Saturday morning when the rocket launched, I could see the sense of accomplishment on the faces of the NASA staff and it set in how many people contributed to this major achievement.

NASA has worked with commercial organizations such as Boeing and Lockheed Martin for decades. Under new public-private partnerships, NASA has positioned itself as a private company’s customer, instead of its benefactor. This was stressed continuously throughout my time at the Kennedy Space Center. Currently, NASA’s C3PO is offering fixed-price contracts to private space companies in order to ensure the development of key technologies that will “foster the development of commercial space capabilities and benefit future NASA missions,” (NASA, 2017). A few ways that NASA can reach Mars faster with these partnerships is through expanding the utilization of space, enabling safe and efficient transportation into and through space, and increasing access to planetary surfaces. 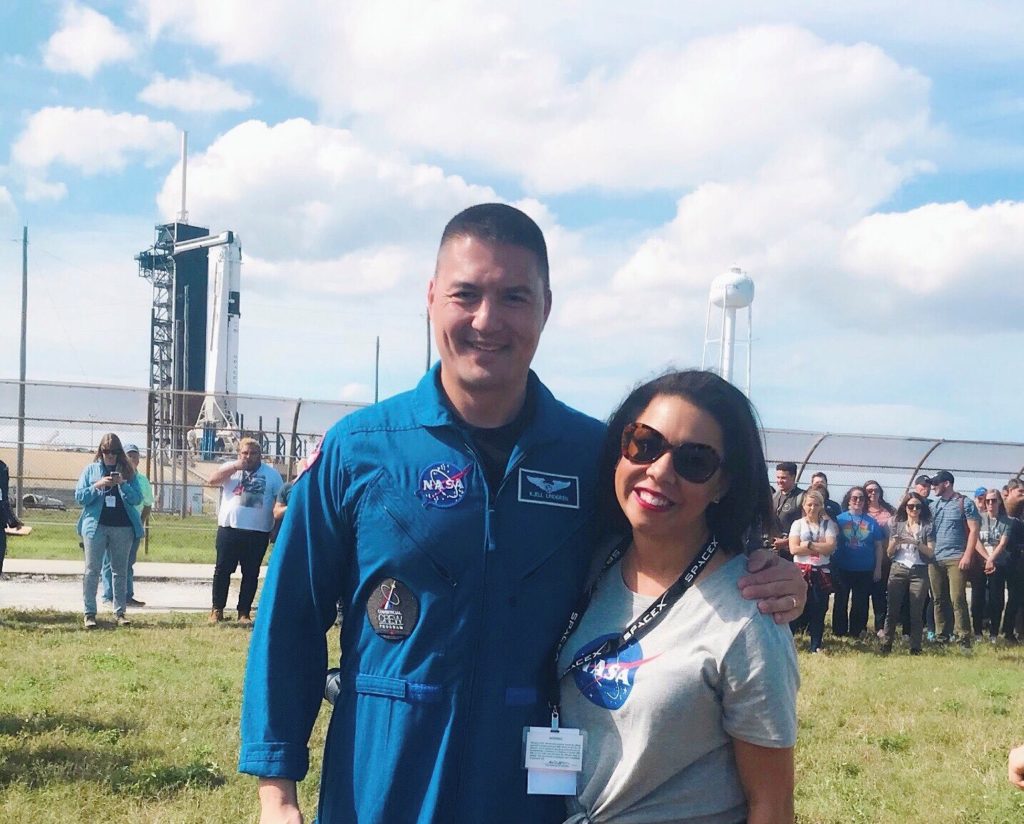 My experience at NASA was eye-opening and provided me with a great deal of insight and understanding about the importance of this organization. While waiting for the rocket to launch, I was talking to my counterparts and realized that this launch symbolized far more than just science, it symbolized what Administrator Bridenstine touched on — unity. When the rocket launched, I didn’t just see the launch but saw unity through collaborations with other countries, saw companies teaming up to build something special, and saw the experts ranging from engineers to NASA’s social media team contributing their skillset to ensure the success of this launch. Seeing togetherness and teamwork gave me a feeling of unbelievable pride.