Changes are Ahead for Mexico’s Customs Clearance Process

Here are two major developments that all importers and exporters doing business in Mexico need to be aware of this year.

Close proximity to the U.S., new trade opportunities, and new/upgraded transportation hubs have come together to make Mexico an open, welcoming market for American importers and exporters. Last year, for example, U.S. goods and services trade with Mexico totaled an estimated $671 billion (USD). Exports were $299.1 billion and imports were $371.9 billion.

Those numbers may increase in 2019 thanks to a few regulatory shifts currently taking place in Mexico. For starters, the country has a new governing body that’s pro-trade and that has put some effort into making that process somewhat easier for U.S. companies that want to do business in Mexico (and vice-versa). 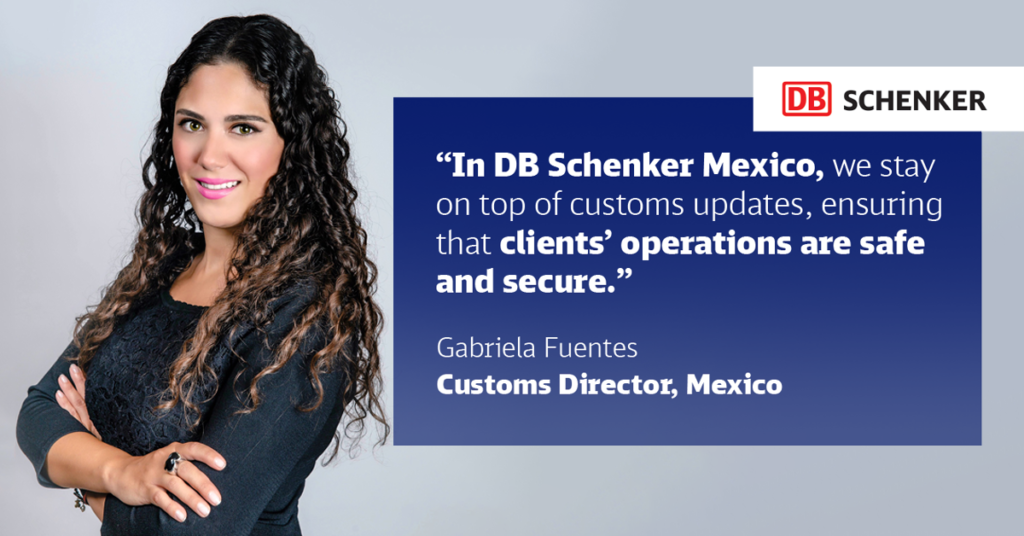 According to Gabriela Fuentes, DB Schenker’s Customs Director for Mexico, changes to the country’s customs laws are expected to go into effect later this year. “With these regulatory changes, we expect that shippers will have more transparency over the process,” says Fuentes, “and that Mexico’s customs regulations will be somewhat easier to navigate and comply with.”

These regulatory changes could help clear up some of the confusion associated with trade in Mexico, where customs authorities have typically required a high volume of documentation and paperwork for compliance. “Mexican authorities request a lot of documentation,” says Fuentes, “which in some cases can be difficult for shippers to provide.”

Fuentes says the customs process itself is also ripe for automation, and expects that to begin happening soon. “Authorities here have a new program that will integrate more technology into the country’s customs process,” she explains. “Going forward, we also expect to see more standardization across all ports of entry, and an easier process for providing documentation to customs officers.”

For example, customs officials at various ports of entry will be able to coordinate with one another and share data in order to avoid delays and repetitive work on the shipper’s part. “This should speed up the entry process at the border,” says Fuentes, “and help ease some of the burden that shippers have dealt with when shipping to and from Mexico.”

New Trade Agreement is Ready to Sign into Law

Also this year, a new trade agreement involving Mexico, the U.S., and Canada is expected to be ratified and put into action. Known as T-MEC in Mexico, USMCA in the U.S., and CUSMA in Canada, the updated free trade agreement was signed by all three countries last year and replaced the North American Free Trade Agreement (NAFTA).

Fuentes says DB Schenker’s Mexico team is monitoring T-MEC and the related rule and regulation changes that it will bring for its customers. “Even the changes are difficult for the shippers to understand and comply with, we’re here to help educate them on the need for good compliance with the new rules,” says Fuentes.

DB Schenker is also providing guidance on trade permits, licenses, and anything else that shippers need to get their cargo through the customs clearance process as quickly and seamlessly as possible. “We’re also working with our land transportation division to enable a smooth process for trade with both the U.S. and Canada,” Fuentes adds, “and providing an integrated service for customs clearance.”

Fuentes says the logistics provider has also attended numerous meetings with authorities to ensure that, once the T-MEC agreement is signed into law, it will be able to give shippers peace of mind that everything will run smoothly with their operations.

“We have a physical presence in all three countries, and all of those departments are working together to ensure that we continue to provide the best service for shippers,” she says, “including strong guidance on how companies can continue working with the agreements, professional contracts, and certificates that they have in place today.”

A Shoulder to Lean On

In Mexico, DB Schenker has grown its customs services department over the last three years. Today, that department possesses a wide range of customs compliance expertise that serves shippers well—even when the rules, regulations, and overall customs environment are unpredictable.

“We know that the situation in Mexico is in flux and that it can be difficult to navigate due to all of the changes and challenges associated with the customs authorities and regulations,” says Fuentes. “At DB Schenker Mexico, we stay on top of those changes, keep everyone informed, and ensure that shippers’ operations are safe and secure.”