Concerned about everything from late shipments to robberies to tampering, this currency house relies on a smart tracking system, experienced carriers, and police escorts to get its high-value cargo from origin to destination.

Transporting large amounts of currency and cash can be tricky business in any country, but in certain areas of the world the commercial side of the business requires additional oversight, security, and tracking.

To move products from an origin bank in one country to a destination bank (either within the same country or outside of its border), shippers need to know not only that their products will arrive on time, but they’ll also not be tampered with, stolen, or hijacked.

Knowing how important these considerations are for currency houses, DB Schenker recently began working with one Chile-based operation that needed help shoring up its cash- and currency-based logistics operations.

The company, which issues coined currencies for customers in Central and South America (i.e., Guatemala, Salvador, Nicaragua, and Paraguay), also imports raw materials from Europe and Asia. Occasionally, the currency house exports “defective” coins (e.g., those that have no commercial value) to Asia.

All of these activities require a high level of oversight and consideration, lest the valuable cargo be stolen or otherwise tampered with. To make sure the latter doesn’t happen, DB Schenker has deployed a number of security tools, including the DB SCHENKERsmartbox tool for monitoring deviations and robberies, security entities (escorts, law enforcement, etc.), and experienced trucking companies that understand the nuances of transporting high-value cargo. 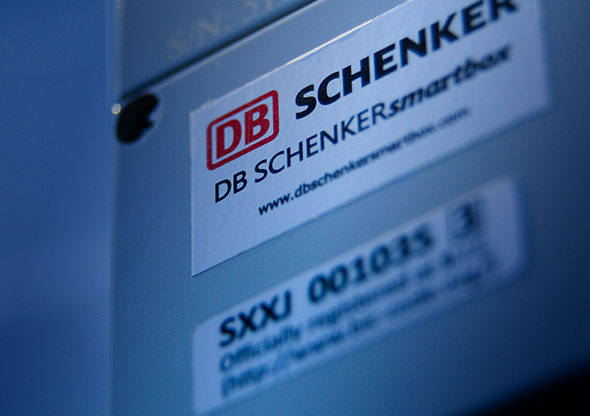 “There are many areas and details involved with this particular customer’s supply chain,” says Myriam Vasquez, Sales Manager for DB Schenker Chile. “Because of the type of cargo that they’re moving—and the countries where the high-value cargo is going to and from—we have to consider the security aspects of every single shipment, no matter how big or small.”

Those considerations apply at the shipment’s origin, destination, and throughout the entire transportation process. “It’s not easy,” says Vasquez. “In fact, for every shipment we have to review the cargo and packing conditions in order to avoid extra costs and/or loss to the carriers’ bookings.”

According to Vasquez, the currency house approached DB Schenker in early-2017. It was looking for a flexible and experienced logistics company—preferably one that already had an established network in the various destinations that it was shipping to.

“We quoted several opportunities (both air and ocean), and in September 2017 we won an initial contract for a shipment to Guatemala,” Vasquez explains. “That particular project involved a very complete logistics chain and security escorts.”

For that particularly shipment, DB Schenker’s sales department quoted the complete supply chain process from Santiago to Puerto Quetzal. Once the shipment was confirmed SLI (Logistics Local Services), the logistic provider secured special trucks, escorts, and the policy entity to take the cargo from the currency house to the Port of Valparaiso.

“Our solutions department installed DB SCHENKERsmartbox at the customer’s site, and then the currency house used it to monitor the cargo from point of origin to destination,” says Vasquez, whose team also worked on a shipment to Nicaragua for the currency house.

For that deployment, Chilean Customs appointed a physical inspection for the high-value cargo, which would be kept overnight in DB Schenker’s warehouse. “The next day, the cargo was inspected at the client’s facilities,” says Vasquez, “and a new air booking reservation was coordinated.”

Vasquez says the company is pleased with the results of these first two engagements, and that DB Schenker looks forward to lending its expertise on future shipments in 2018.

“They saw our level of commitment right from the first contact because we always look for alternatives based on price, departure/arrival dates, transit time, connectivity, and more,” says Vasquez, “all the while factoring in cost optimization by avoiding extra costs that can be incurred when shippers get bad or incorrect advice.”