This year, DB Schenker is activating new FTZs in gateway cities nationwide. Secure areas under U.S. Customs and Border Protection (CBP) supervision that are generally considered outside CBP territory upon activation, FTZs are situated in or near CBP ports of entry and are the U.S. version of what are known internationally as free-trade zones. 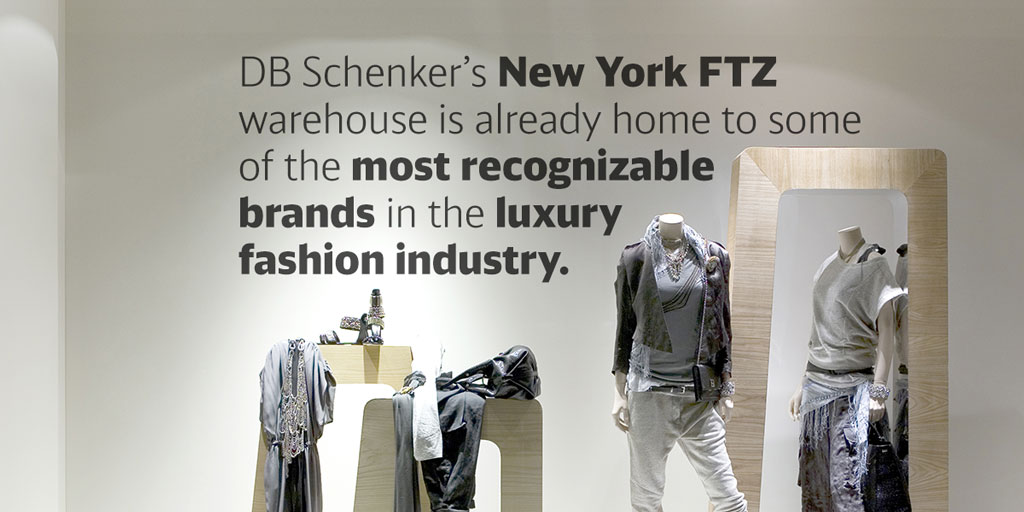 Kim Taylor, Director of FTZ Services for Schenker, Inc., says the new FTZs are being established in response to greater shipper demand for these secure trade areas. Most recently, the company added an FTZ in Los Angeles that’s already being used by electronics firms and fashion companies.

“By the end of this year, we anticipate having four full-time, cross-dock- type customers running through the Los Angeles gateway FTZ,” says Taylor. The facility encompasses 45,000 square feet of activated space for FTZ management—space that is on track to save four different shippers a total of at least $2 million annually. “That’s roughly $500,000 per company—pretty significant savings for re-routing freight through an FTZ.” 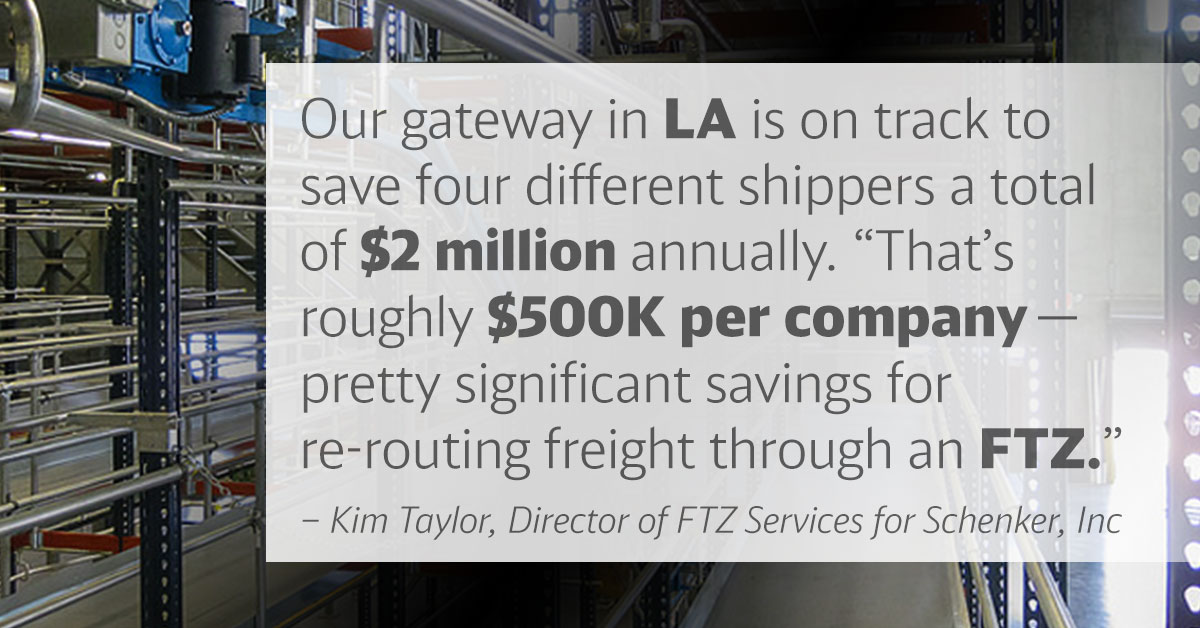 The Advantages of Using FTZs

Under zone procedures, the usual, formal CBP entry procedures and payments of duties are not required on the foreign merchandise unless and until it enters CBP territory for domestic consumption. When it does enter CBP territory, the importer generally has the choice of paying duties at the rate of either the original foreign materials or the finished product, according to the CBP.

When companies use FTZs, CBP duty and federal excise tax (if applicable), are paid when the merchandise is transferred from the zone for consumption. While in the zone, merchandise is not subject to U.S. duty or excise tax. Certain tangible personal property is generally exempt from state and local ad valorem taxes.

According to the CBP, the goods may be exported from the zone free of duty and excise tax; CBP security requirements provide protection against theft; and merchandise may remain in a zone indefinitely, whether or not subject to duty.

Over the last year, Taylor has seen a growing number of DB Schenker customers take an interest in FTZ and include this capability in their requests for proposal (RFP) for logistics services. “We’re seeing more and more instances of companies developing air freight or ocean freight bids that incorporate FTZs,” says Taylor, “where their goods can either be set up into orders, or essentially just come through the FTZ to be consolidated into single, weekly entries in order to reduce merchandise processing fees.”

In listening to its customers’ needs, DB Schenker has spent more time this year getting FTZs set up and running in Los Angeles, Dallas, and Chicago. The latter two are currently in the “activation” stage and on track to launch by or before the first quarter of 2018. “Right now, we’re seeing high customer demand for Dallas and Chicago,” says Taylor. “We anticipate both to be very active once the FTZs are up and running.”

DB Schenker is also seeing high demand for its existing New York FTZ, which includes 80,000 square feet of space. Its first customer will go live in early-October, says Taylor, and will leverage the logistics provider’s compliance programs and data collection capabilities. Additional shippers are already lining up to use the location, which was initially tailored to the fashion industry but may now accommodate other industries as well.

“We have a top electronics customer that’s interested in using our New York FTZ, and in need of gateway service for its JFK airport air freight,” says Taylor. “We’re working to accommodate these needs, and could even expand the space in Kearny to make room for them.” Centralization Does Not Limit Regional Expansion