How the global logistics provider uses a combination of formal and informal mentoring programs to cultivate success across its workforce.

“People often ask me about the secret to success. There really is no secret, and there surely are no shortcuts,” Deloitte Global’s CEO Punit Renjen writes in To the Moon and Back — Lessons Learned from a Lifetime of Great Mentors. “In my case, it was a pretty simple equation: hard work + some lucky breaks + great mentors. I’ve been fortunate enough to have had several mentors who profoundly shaped the way I think, live, and work…”

DB Schenker understands the value of good mentoring and has made it a key part of its corporate culture and training approach. From the entry-level employees to the mid-level manager to the executive, the company offers a range of mentoring opportunities, knowing that having someone to turn to for advice and support is a key success component.

Marta E. Ramirez, Sr. VP, Human Resources, Americas for Schenker, Inc., says the company’s mentoring program involves both its senior management team and its global leadership team. Employees participate in both formal and informal mentoring opportunities, both of which are focused on helping those “mentees” develop success skills in the global logistics industry. 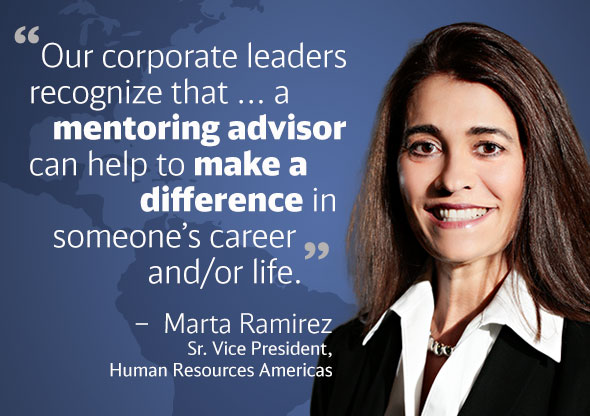 “Our corporate leaders recognize that they have the responsibility to choose a team member to mentor and/or seek out those moments in which a mentoring advisor can help to make a difference in someone’s career and/or life,” says Ramirez. “Whether that’s undertaken on a formal or informal basis is less important than creating and nurturing the relationship between the mentor and mentee.”

The millennial generation tends to thrive in a mentoring environment. According to the recent Deloitte Millennial Survey Winning over the next generation of leaders, among those who have somebody acting as their mentor, more than nine in 10 describe the quality of advice (94 percent) and the level of interest shown in their development (91 percent) as “good.”

Among those with mentors, 83 percent are satisfied with this aspect of their working lives. 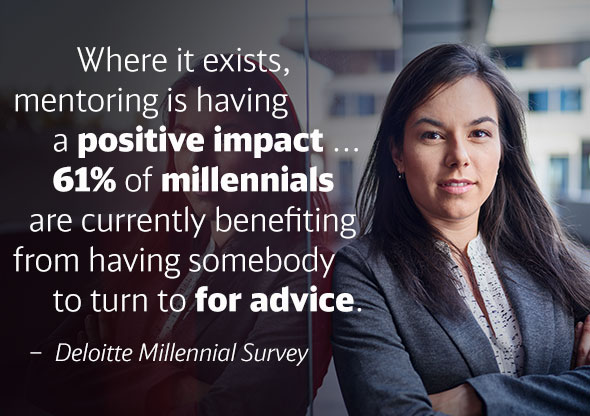 “Where it exists, mentoring is having a positive impact and six in 10 (61 percent) millennials are currently benefiting from having somebody to turn to for advice, or who helps develop their leadership skills,” Deloitte reports.

Going forward, Ramirez says DB Schenker continues to cultivate even more mentoring relationships for its team, starting with interns who are on track to become permanent employees. For these individuals, she says mentoring is a crucial tool for career and personal growth. And as the company continues to hire recent graduates and millennial employees, Ramirez envisions an expanded mentoring function—both formal and informal.

“Here in the regional office for the Americas alone this year we’ve hired three interns that have become permanent team members, each of which has worked with senior management in a mentoring capacity,” says Ramirez. “Those relationships have worked out very well, and I’d like to see that reproduced on a larger scale across our various branches and operational departments.”

Take Me to Your Thought Leader