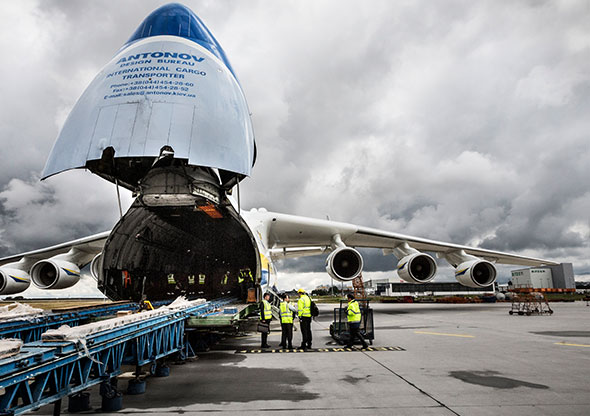 As one of the world’s leading manufacturers of assembly and sorting systems, Eckel & Sohn once designed, produced, and put into operation one of the largest turbines ever built; makes beverage closures whose vertical sorting feeders can handle a whopping 255,000 units per hour; and built one particularly robust system back in 1956 that is still operational.

A company that takes its customer and quality commitments very seriously, this Germany-based manufacturer was recently called upon to produce a 50-ton bottle closure machine for a U.S. buyer. For Eckel & Sohn, this would mean not only producing the equipment, but also finding the fastest and most economical way to ship it to from Germany to Chicago. 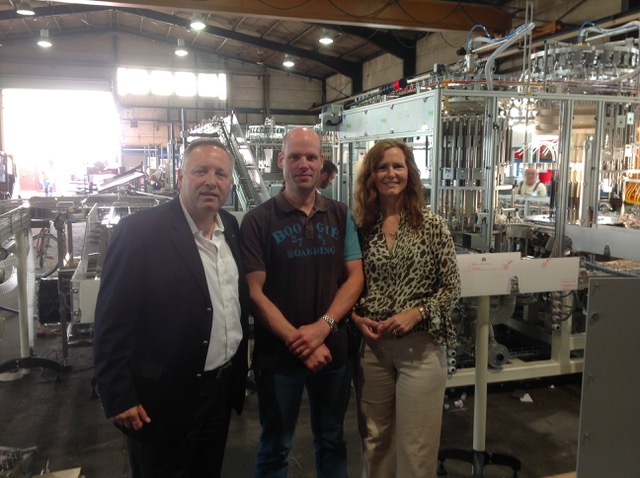 To achieve this goal, the manufacturer collaborated with DB Schenker to handle this complex logistical challenge from start to finish. In this instance, the shipper needed to transport the heavy industrial plant—broken down into six different boxes weighing up to 10 tons each—in two stages by air, and over the course of a month.

After being transported to the Luxembourg airport via tarpaulin trucks, Eckel & Sohn’s shipments were sent to Chicago via cargo plane. Designed in accordance with airfreight regulations, the boxes were loaded by forklift and fastened with belts. After landing, the transport was carried by truck to the end user.

While the mechanics of getting a new machine from Germany to the U.S. may seem straightforward enough, the “behind the scenes” maneuvering for this particular project was complex and involved various departments and organizations. DB Schenker was able to secure a firm commitment from the selected air carrier, effectively “blocking out” the cargo space needed to get the large order to its destination in a timely manner.

“That wasn’t a typical situation; we normally consult with the customer to plan for a 1-2 week period of time to ship by air the goods, due to size and pricing constraints,” says Cynthia Whitehead, Global Operations Key Account Manager for Schenker, Inc. “In this case, with a blocked space commitment from the carrier and the customer, we could calculate a more realistic and timely delivery date provided all goes smoothly with customs.”

Good communication and collaboration both played important roles in Eckel & Sohn’s ability to meet its U.S. customer’s delivery timeline. “We stayed in constant contact with them throughout the entire process,” Whitehead points out, “and with all of the other entities that played a role in the success of this project.”

For Eckel & Sohn, DB Schenker proactively ensured that the packaged shipments would fit through the end user’s dock doors for the receiving process; that U.S. customs received all of the data that it required for the imported products, and that no storage charges were incurred at the point of entry. “In most cases, you only have a few days to pick up your goods before airlines start charging either a rate based on percentage of value or on the weight of the shipment,” Whitehead explains, “neither of which would be good for a shipment of this size.”

“When you’re working with a large piece of equipment, there are various setup, installation, and testing processes that have to take place,” says Whitehead. “It’s important to stay on top of the deliveries and communicate the dates and times back to the customer, knowing that having technicians and engineers “waiting around” to work on projects can create cost overruns for manufacturers like Eckel & Sohn.”

It’s equally as important to communicate the same to the receiving location as they may need to shift staff and equipment to accommodate the shipment’s special needs. “Those professionals need to know that they’ll be able to do their jobs when they land in the U.S., ready to work,” says Whitehead, who was in constant contact with the manufacturer. “It definitely took some extra communicating and collaboration, but in the end the machine was assembled on time, delivered and everyone was happy with the result.”