For Veterans Day, DB Schenker Salutes Team Members Who Served in the Military

DB Schenker honors all team members who served, including nine that shared their career, service and life stories with us this Veterans Day.

DB Schenker honors all of its team members who served in the military, including nine that shared their career, service and life stories with us this Veterans Day.

Originally called “Armistice Day,” Veterans Day takes place every November 11th and is a time for everyone to pay their respects to all those who have served their country. DB Schenker salutes all of the team members who served in the military. Here are nine who shared their military, career and life stories with us.

Alfaro joined the Army right after high school as a 91 Bravo Combat Medic. She was assigned to the 557th Ground Ambulance Company in Wiesbaden, Germany, where her field medic unit provided medical coverage and transport to different units that spent up to four weeks out in the field.

“I met some of the very best people, created and forged lifelong friendships and saw so much of Europe,” says Alfaro. “I wouldn’t trade my experience in the military for anything and I’m proud to call myself a Veteran.”

Ray has served for six years in the Army National Guard, starting off as an 11B 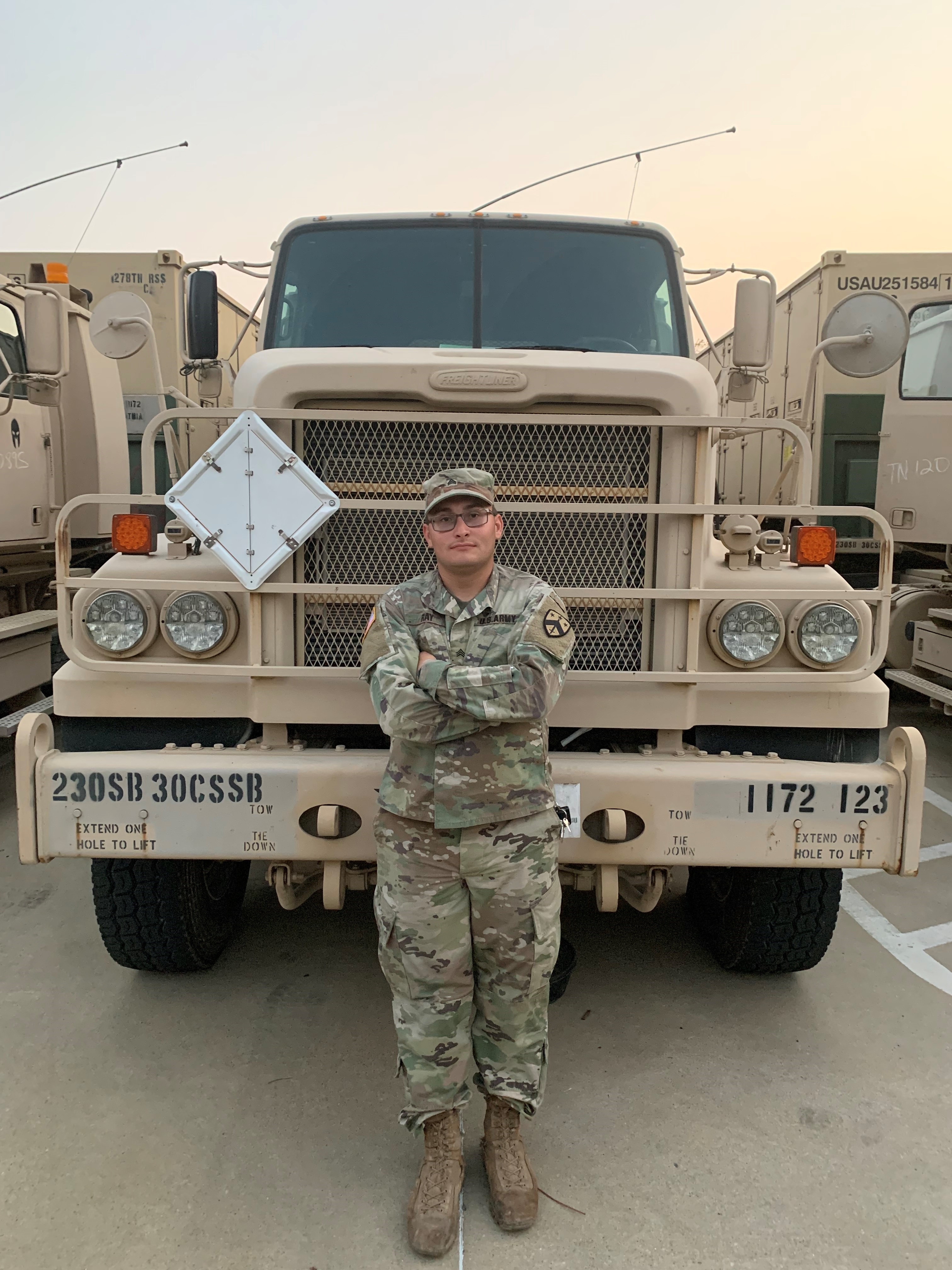 “I’m constantly trying to grow as a person to become a better truck driver, trainer, investor, family man, soldier in the Army National Guard,” says Ray, “and an all-around great person to be around.” 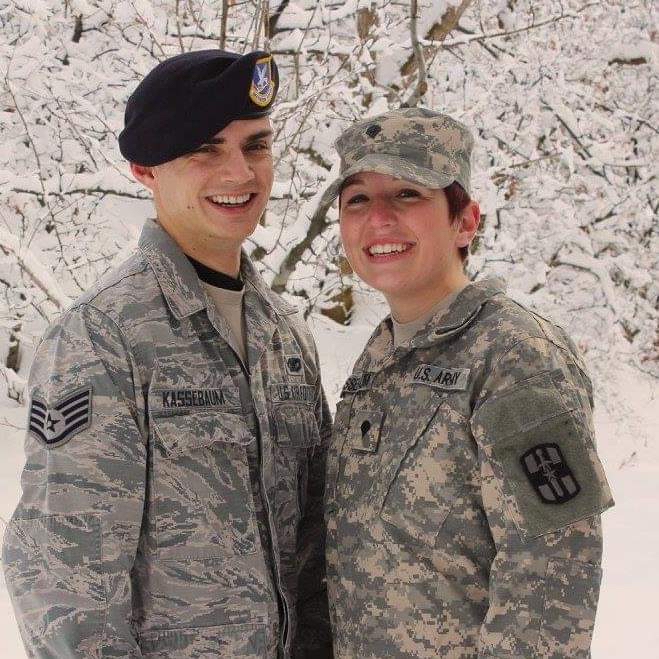 An 8-year member of the US Army Reserves, Kassebaum was an all-wheeled diesel mechanic who comes from a proud military family. “My dad served a proud 22 years and my brother served 15 years until he passed away this year,” she says. “Veterans Day is a day devoted to them and the sacrifices that they made to serve.”

As P&O Manager for Edwardsville, Kassebaum has more than 500 employees—both hourly and salary—that her team supports. “I do my best to ensure that I’m both a voice for the employees and representative for our company,” she says. “I pride myself on taking the time to listen to every employee.”

Gregory joined the Air Force after graduating high school, while her dad was assigned

to NATO in Naples, Italy. She worked in customer solutions for the USA Truck division and says Veterans Day is a day to remind us of all the sacrifices people have made that have served or are currently serving in the military.

“I come from a long line of family members who have served our country,” says Gregory, “and no matter where I am when I hear our national anthem or other patriotic songs I stand taller and get emotional thinking of the sacrifices that have been made to allow us to hear these songs.”

McNeilly was a heavy machine gunner in the US Marine Corps and was part of Task Force Tarawa during his final deployment during Operation Iraqi Freedom. Today, he oversees various teams within DB Schenker’s Air Import Department at JFK.

McNeilly says DB Schenker is a great place for veterans to work for several reasons. “Some of our senior leadership has served and use a lot of the values taught in the military to guide the company forward,” he says. “We rely on our training and communication to keep business moving forward all over the globe.”

For Davidson, Veterans Day is a time to reflect on service to our country and honor the personnel that gave the 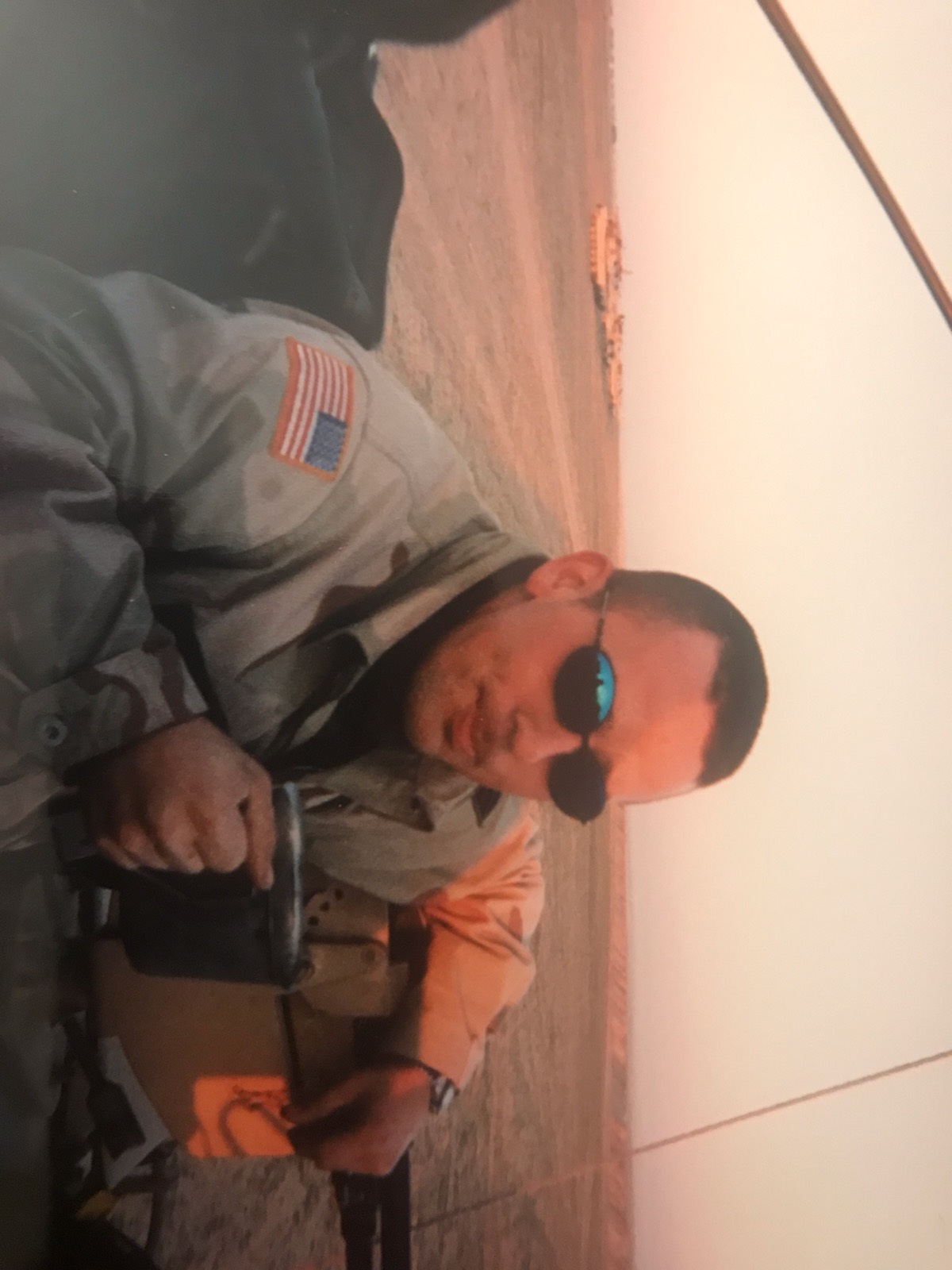 ultimate sacrifice. “I will always remember Ranger Byers, who was an amazing leader that taught me the true definition of a leader in the 90s,” says Davidson, who served in the Army as a Nuclear Biological Chemical NCO. “He always said the decisions you make as a leader affect the lives you lead. He gave the ultimate sacrifice.”

Davidson joined the DB Schenker family as part of the company’s USA Truck acquisition and says the combined entity has core values that align with veterans. “USAT/DB has an amazing product that provides veterans the opportunity to be a part of a team and not a number,” he adds. 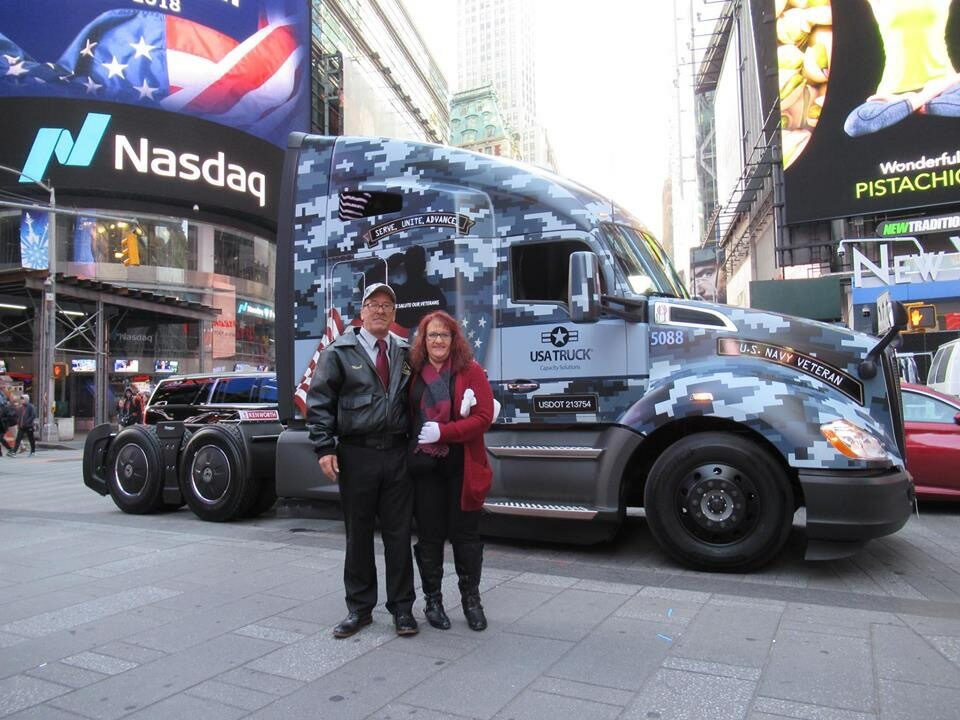 Buckley served in the US Navy for eight years and joined DB Schenker when the company acquired USA Truck. As a Load Board Driver, Buckley delivers freight to customers while dealing with interference like traffic and inclement weather.

He’s often on the road for 4-5 weeks at a time and his career supports his wife and two granddaughters. “DB Schenker is very veteran friendly,” says Buckley, “and I was honored to have driven one of four veteran wrapped trucks and participated in Wreaths Across America.”

Veterans Day means a lot to Anderson, who served in the Army and was assigned to

the 5th special forces in  Fort Campbell, Ken. He comes from a long line of service members and joined DB Schenker as part of the USA Truck acquisition.

“Both my grandfathers served in WWII, my father enlisted during the Vietnam conflict and served for almost 22 years, and my older brother and wife also served,” says Anderson. “I’m looking forward to seeing what the future holds for DB Schenker and all of its veteran employees.” 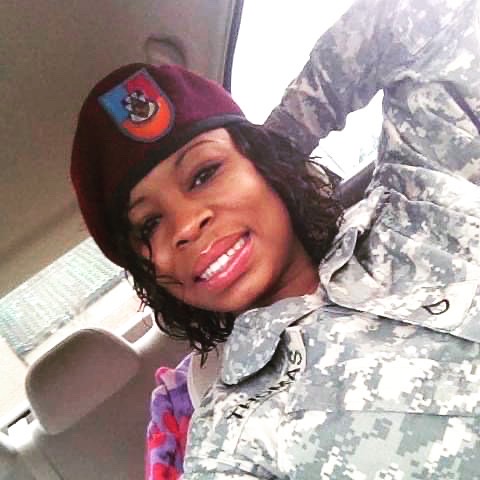 Thomas served five years in the Army and was deployed to Afghanistan for eighteen months. To her, Veterans Day is a time to acknowledge and pay tribute to all those who served in the armed forces.

“I usually participate in a Color Guard activity or visit elder vets and talk to them about whatever their heart desires,” says Thomas, whose secondary job (outside of being a soldier) was 42A Human Resources SPC with a Secret Security Clearance. “Outside of work, it’s always being on standby for deployment at any given moment.”