Have You Shored Up Your Logistics Plans for the Chinese New Year?

Four good strategies that all importers should be using to prepare for the Year of the Rooster.

The Chinese New Year (CNY) or “Spring Festival” is a very important holiday for the people of China, who celebrate this occasion by taking extended time off from work, enjoying the annual festivities, and spending time with family and friends. Based on the lunar calendar, the actual CNY dates vary from year to year, but generally fall between January 21st and February 20th. 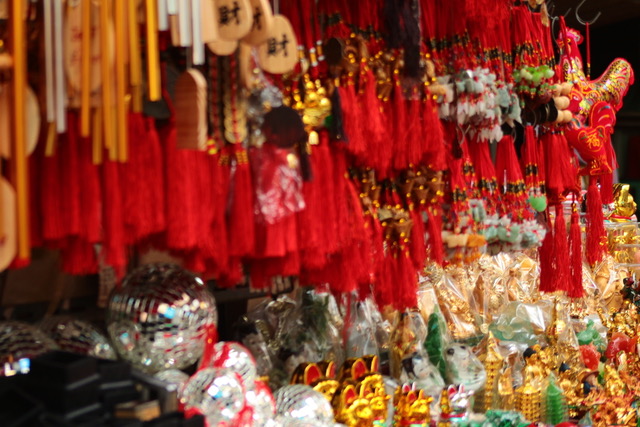 A public holiday for the Chinese, CNY usually finds workers taking seven consecutive days off—from Chinese New Year’s Eve to the sixth day after Chinese New Year’s Day, according to China Highlights. In 2017, CNY falls a little earlier than usual, on January 28th. During the week that follows, blue-collar workers—many of whom only travel to see their families once a year—leave their coastal-region factories to celebrate the occasion.

“Chinese New Year in 2017 will be on Jan. 28, which is early, so there will be only a short lag between the end peak-season shipments and the beginning of the pre-Chinese New Year rush to get product out of Asia before factories close for one to two weeks,” according to JOC.

More specifically, the individual countries celebrating CNY will do so on the following dates:

The Impact of CNY

The fact that airplanes are grounded, factories are closed up, and trucks are left idle out in the distribution yard during CNY can present significant challenges for importers that don’t take the time to prepare for this annual event. And because some factories close one to two weeks prior to CNY in order to accommodate their employees’ travel schedules, getting operations back up to speed after the long sabbatical isn’t always easy.

“U.S. companies import a tremendous volume of consumer goods from China, and from Asia as whole,” says Stephanie Loomis, DB Schenker’s senior director of Transpacific Business Development. “That makes the mass exodus of workers from the coastal regions—where most of the production and shipping is handled—difficult for importers to manage during the time leading up to CNY, and during the holiday itself. Unlike during U.S. holidays, all of the businesses across the entire country basically shut down.”

Re-mobilizing billions of workers after CNY is another annual challenges for Chinese firms—a problem that’s been eased somewhat by the introduction of bullet trains in the country. “Getting everyone back to work isn’t as difficult as it once was, but for any U.S. importer that’s trying to get product moved out of the factories in China, you’re still looking at a 2- to 3-week shutdown.”

Exacerbating the issue is a steamship line industry that brings all of its ships to port during CNY and then runs “blank sailings” after the holiday. “They eliminate ports, shorten loops, eliminate certain sailing strings because there isn’t any product to be loaded and moved,” Loomis points out. “These lines obviously don’t want to move empty ships, no matter how badly an importer may need product, there’s no getting it out of these factories during Chinese New Year, and oftentimes for a week or two after the holiday.”

4 Ways to Work Through CNY’s Challenges

While it’s obvious that CNY creates strife and stress for importers that have to meet their own production schedules, Loomis offers these tips for avoiding major challenges and ensuring a smooth-running supply chain before, during, and after 2017’s early Chinese New Year celebration:

Open lines of communication with your suppliers.

Review your 2016 forecasts and results.

Looking back to January/February 2016, did you run into any issues with production and shipping? And if so, could these issues have been avoided by placing orders—and receiving them—ahead of CNY? “If you experienced a lag, then you might want to place orders now to ensure that your products get out on time,” says Loomis.

Work with your forwarders, carriers, and other logistics partners.

Make sure they have up-to-date forecasts and that they’re not operating blindly and giving away space and capacity to another firm. If your own firm’s order volume has shifted in 2016, for example, make your partners aware of this change. “You don’t want them to use your past shipping patterns as guides if those patterns aren’t accurate,” Loomis warns. “Make sure that carriers and forwarders know exactly what your needs are in terms of equipment and ship space.”

Although Chinese New Year technically starts on Friday January 28th, the sailing cutoffs will likely fall on the Thursday or Friday before the holiday week commences. And realize that it may be 2-3 weeks before any new shipping activity starts. “Work closely with your forwarders to make sure that your product gets out and gets on those ships,” Loomis advises. “If your shipment gets rolled, it won’t just sit for a few days or a week; it could potentially sit, accruing high storage fees, for weeks on end in port.” As with anything, there’s always a delicate balance between booking capacity to cover your assets and booking more than you need.

To successfully navigate CNY in 2017, you’ll also want to give your logistics partners enough lead time (no less than four to six weeks rolling forecast whenever possible) while also keeping a close eye on your own customers’ needs. “Give us as much time as you can to make sure that we not only get the bookings secured,” says Loomis, “but also the necessary equipment at each origin location.” We at DB Schenker are well prepared to deal with the opportunities and challenges during peak times, and can provide import solutions for the Chinese New Year.

Start planning for a profitable year of the Rooster!