How DB Schenker is helping shippers streamline their supply chains and leverage opportunities in Latin America.

Each unique in its own way, the economies of Brazil, Mexico, and Colombia represent some interesting interdependencies that are supported by active transportation lanes that flow between the three countries.

For the most part, the exports that are moving between these countries include perishables (i.e., fruits, vegetables, and other foods) and some automotive parts and components. All three countries also export to the U.S. and Europe, both which rely on Latin American sugar, coffee, lumber, copper, and other products.

In terms of imports, Agustin Lopez, Vice President Intra Americas for DB Schenker, says most shipments coming to Brazil, Colombia, and Mexico comprise finished goods—mainly, consumer, retail, and some electronics. “That’s a broad look at what’s moving in and out of this region of Latin America,” says Lopez.

Lopez continues, “From an export perspective, it would be amiss of us not to mention that one of the largest trading partners with Latin America is the U.S. In fact, the U.S. has more free trade partners in Latin America than in any other region of the world, and of course that is a major part of DB Schenker’s experience.” 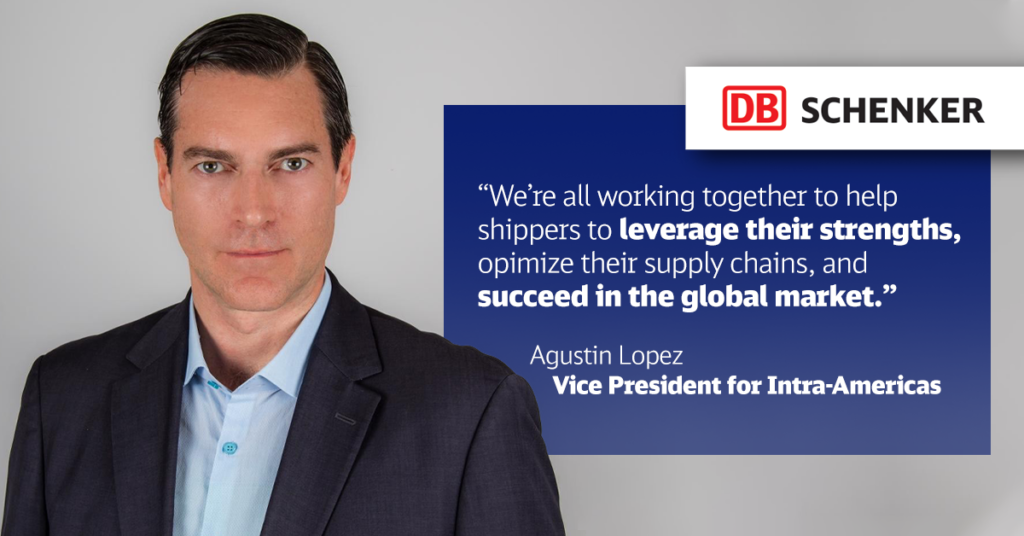 The increasingly-complex political climate across all three countries notwithstanding, trade among them continues to grow year over year. In March, for example, Mexico’s government reached an agreement with Brazil on the free trade of light vehicles, (subject to a 40% regional content requirement), thus paving the way for more open commerce between Latin America’s two biggest economies, Reuters reports.

The Colombia-Brazil trade connection is also strong, averaging $112.84 million (USD) annually between 1989 and 2019. Trade among the three countries could get a bigger boost this year, thanks to policies being set forth by new Brazilian president, Jair Bolsonaro. “The consensus is that he will help promote economic growth,” says Lopez. For example, Bolsonaro is currently reviewing a free-trade agreement with the U.S. that could be very positive for Brazil, should it be put into effect.

“Brazil has been the largest economy in Latin America for a long time,” Lopez explains. “this free-trade agreement with the U.S., could translate into even more trade activity for the country.”

As he looks around at the trade climate, challenges, and potential opportunities currently taking shape in Mexico, Colombia, and Brazil, Lopez says DB Schenker is focused on connecting shippers’ needs with its own logistics and transportation strengths. Specializing in brokerage, air freight, ocean freight, and overall supply chain movement in all three countries, the company’s Latin American office handles a range of commodities, lumber, electronics, and industrial products.

“A lot of electronics manufacturing takes place in the Mexico’s northern region, with some of those goods going directly to Latin America and the United States,” says Lopez. “That’s one market that we’re exploring more, and that we want to be a leader in.”

“We have people on our team who have decades of experience working in logistics in Latin America,” says Lopez. “We’re all working together to help shippers to leverage those strengths, optimize their supply chains, and succeed in the global market.”