Port of Halifax: Canada’s Atlantic Gateway to the World

One of the “naturally” deepest ports on North America’s East Coast, the Port of Halifax in Nova Scotia is currently undergoing an expansion and positioned to handle more European and Southeast Asian trade in 2020.

As North America’s first inbound and last outbound ocean gateway, the Port of Halifax in Nova Scotia is two days closer to Europe and one day closer to Southeast Asia (via the Suez Canal) than any other East Coast port. This puts the port in the unique position of being able to serve a wide range of destinations from its deep, wide, ice-free facilities.

One of the “naturally” deepest ports on North America’s East Coast, Halifax has two container terminals that feature depths of over 16 meters. Undergoing continuous improvement projects, Halifax connects some of the world’s largest shipping lines to over 150 different countries worldwide. Managed by the Halifax Port Authority (HPA), on behalf of the Government of Canada, the port encompasses 265 acres of land and includes a diverse selection of properties and assets.

The port’s containerized cargo is managed mainly by Ceres Halifax and PSA Halifax, which operate the Fairview Cove Container Terminal and South End Container Terminal, respectively. The latter is currently undergoing a pier extension that will increase its existing pier face by 135 meters, bringing it to 800 total meters in length.

On track to be completed in early-2020, the pier extension will help Halifax accommodate the longer vessels that want to use the port as a gateway. “We’ve seen increasingly larger containerized cargo vessels, including ultra-large ships with over 10,000 TEUs (twenty-foot equivalent units), coming here since 2017,” says Lane Farguson, HPA’s Communications Manager.

“With our existing berths, we can easily accommodate one of those very large vessels,” Farguson continues. “With this new extension, we’ll be able to service two vessels over 350 meters in length simultaneously.” 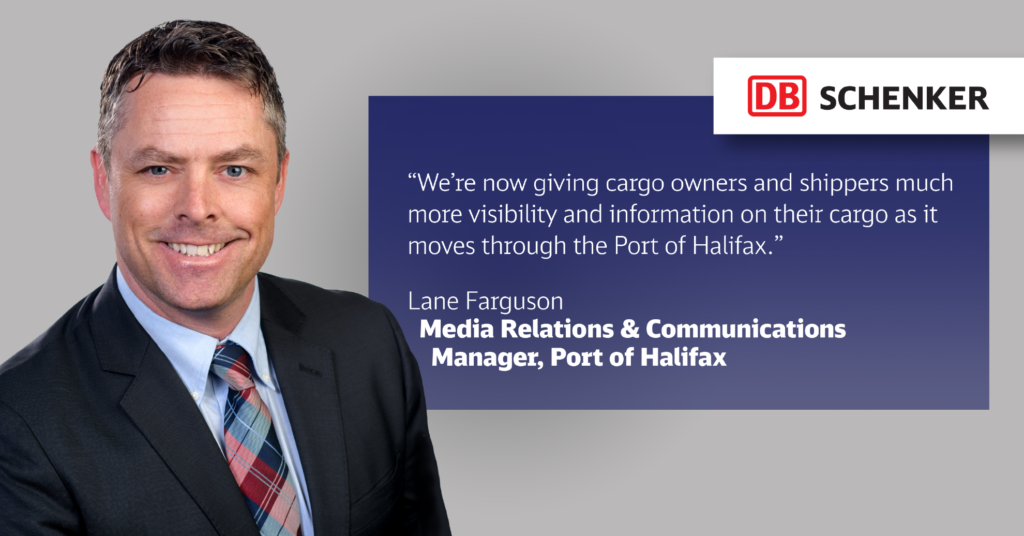 As the closest full-service port to Europe in North America, Halifax has long benefitted from that strategic geographic position. The port also serves as a major gateway for trade to and from Southeast Asia—a route made easier by the continued improvement and expansion of the Suez Canal. In 2018, roughly 50% of the port’s shipments moved to and from Southeast Asia, while about 36% involved European trade.

For years, Farguson says the port has worked to develop trade lanes to both Europe and Southeast Asia. It’s now seeing the benefits of its efforts. “It’s partly about building relationships,” he explains, “and partly due to some of the changes in global infrastructure that make that connection between the East Coast North America through Halifax to Southeast Asia more efficient.”

For example, the addition of a new lane to the Suez Canal (in 2015), followed by the expansion of the Panama Canal (2016) and the raising of the Bayonne Bridge in New York (2017), all allowed for increasingly larger vessels to be efficiently deployed along the East Coast of North America. As a large, deep-water port, Halifax benefitted from all three developments. The additional Suez Canal lane, for example, enabled much more efficient connectivity between Halifax and Southeast Asia.

Along with finding new ways to accommodate larger ships, Halifax is also working to improve its land logistics networks. With all cargo operations requiring at least some degree of movement by truck—and with the areas around ports becoming more and more urbanized—HPA has had to balance vibrant downtown renewal with the need to get trucks to and from its facilities.

“We’ve seen an increase in the number of people living downtown, and that’s not always harmonious with truck transport,” says Farguson, whose organization works closely with local municipalities, the federal government, and rail provider CN Rail to come up with viable solutions. “Our goal is to get 75% of the port-related trucks out of downtown Halifax.” (Funding for the initiative was approved in June 2019 and it’s now in the consultation/design phase.)

Looking ahead, Farguson says the port is also investing in technology that will help it transfer most of its analog systems over to a digital platform. Once in place, that platform will help HPA better utilize data and information in order to enhance both efficiency and productivity.

“This has been a huge focus of ours for the last couple of years, and continues to be as we move into 2020,” says Farguson. “We’re now giving cargo owners and shippers much more visibility and information on their cargo as it moves through the Port of Halifax.” (The port’s current Global Connectivity Tools are detailed online here.)