Flavia Brandão from DB Schenker and Patrick Fehring, Director Cargo of the airport operating company RIOgaleão, are looking forward to exciting games. Both are convinced that the Olympics will benefit the logistics sector and its customers in Brazil. 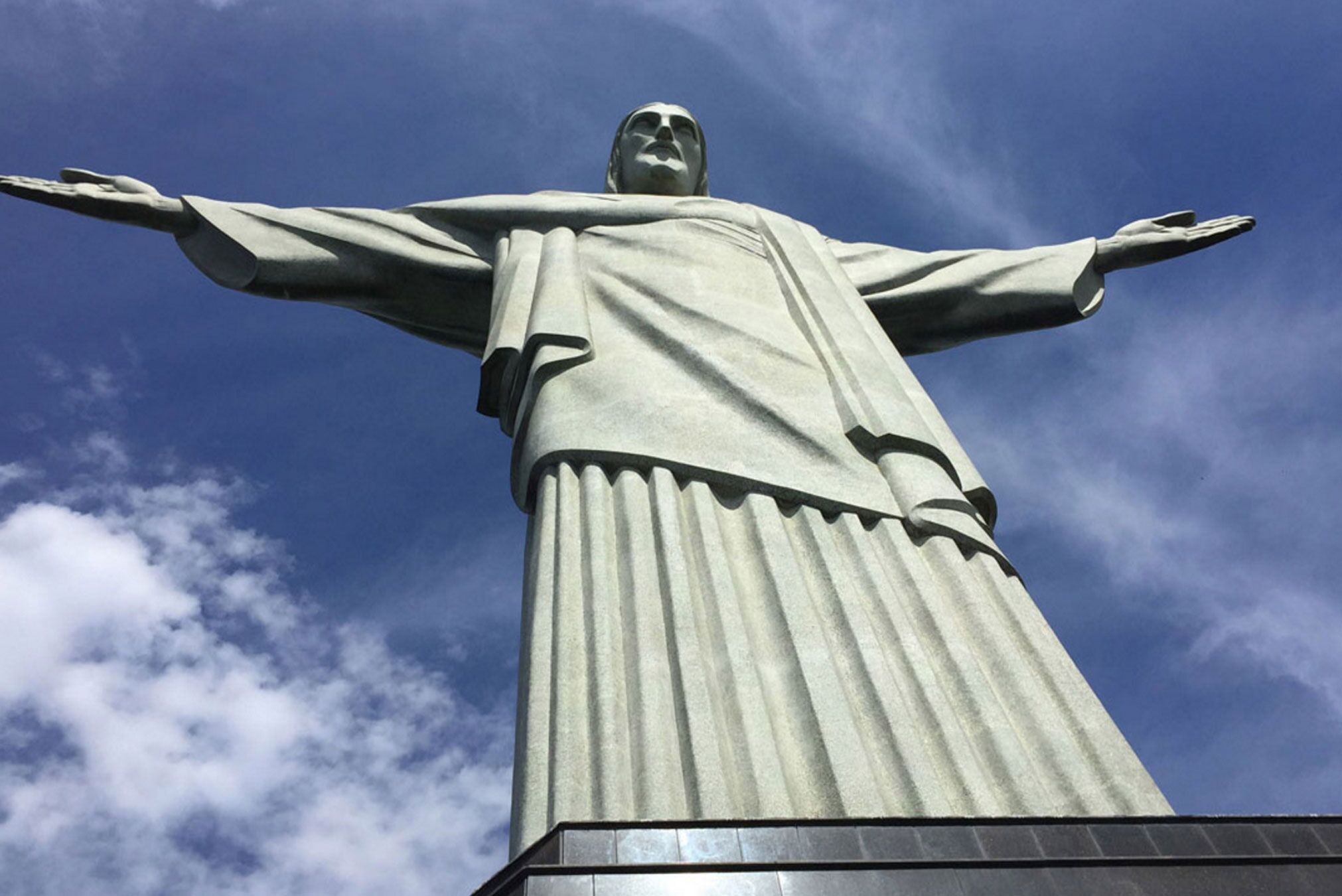 The skies hang heavy over the old port of Rio de Janeiro, and the view across Guanabara Bay is veiled in haze. This is where the team from “logistics NewsFeed” is scheduled to meet Flavia Brandão for a photoshoot. Yesterday the appointment would have been a washout due to the persistent rain. And literally just one day before that, the meeting would have had to be moved elsewhere. For a long time the old port was in such a dilapidated state that anyone who didn’t necessarily have to be here kept well away. As a result, the appointment with the branch manager of DB Schenker in Rio aptly symbolizes the situation both in the metropolis and in Brazil in the Olympic year of 2016: overcast but with a feeling of justified hope.

Flavia Brandão responds with a resounding “Yes!” when asked whether the Games are good for Rio and Brazil. “Take a look around,” she says, “just like the port, many districts in the city have undergone improvement and modernization.” Looming behind her are man-size plastic letters proclaiming “CIDADEOLIMPICA,” Olympic City. There is no trace left of what was once a seedy, run-down area. The new Museu do Amanhã (“Museum of Tomorrow”), a spectacular structure built by the Catalan architect Santiago Calatrava, is fast growing into one of the major attractions in Brazil’s second-largest city.

Now admittedly, a new museum is no cure-all to redress the problems facing this metropolis, let alone those of the entire nation. Clouds still hang over Guanabara Bay – and in terms of the bigger picture – they seem indicative of Brazil’s economic indicators. Despite the Olympic Games, the seventh-largest economy in the world is on the verge of another year of recession. The nation’s growth rate has declined sharply since 2012. In 2013, economic growth still stood at 2.3 percent, but just a year later, in 2014, the country recorded a rate of growth that was close to zero (+0.1 percent). In 2015 the economy contracted by 3 percent, and for 2016 economists estimate a negative growth rate of -1 percent. Following years of steady decline, the unemployment rate is forecast to rise to 6.6 percent in 2016. No wonder, therefore, that Rio still seems to be synonymous with poverty and violence. On the move at Sugarloaf Mountain: DB Schenker has an active presence in Brazil, where around 600 employees work at a dozen locations. Photo: Dario Zalis

One of the key factors for this downturn is the drop in raw material prices, particularly for crude oil and iron ore. In these segments, Brazil plays in the top tier of producers in the world. Other deficits plaguing the country are the poor transport infrastructure and the comparatively low level of education. “In my opinion, it is crucially important for Rio and Brazil as a whole to invest systematically in the education system,” says Flavia Brandão. “It would automatically resolve a lot of problems because people could then take on more responsibility.”

As branch manager, she heads a staff of 55 employees. Just as in all other major economic centers around the world, DB Schenker has a broad portfolio of services in Rio: contract logistics, land transport, air and ocean freight. There was a time when the logistics business was simple, Brandão recalls. “Business came almost automatically to a professionally organized generalist like DB Schenker, who was active all over the world.” Today, she says, the team had to fight for every customer and for every order. “Most importantly, this fight can only be won if we take care of the customer. Only when nothing is left to be desired will customers return and enter into a partnership.”

The good news for Flavia Brandão and her customers is that the Olympic Games have meant an upgrade in the external conditions on this competitive battleground. The transport infrastructure in the metropolis has received an almighty boost. One, literally very immediate example is the near-completion of a new six-lane expressway that also leads past the old port facility.

Headway has also been made on the largest of the islands in Guanabara Bay, where the international airport is situated. “By the time the Olympic Games get underway, we will have invested two billion Reais (around 500 to 600 million euros; or 550 to 660 million US dollars) to bring large parts of the hitherto neglected airport up to international standards,” says Patrick Fehring, Director Cargo of RIOgaleão. The airport has been in the hands of this private operating company for two years.

“In terms of freight, we will have spent 30 million Reais on equipment and infrastructure by the end of this year – and all with the goal of improving security and efficiency,” says Fehring. “Our fully automated pharmaceutical warehouse with two climate zones and 17,000 cubic meters of storage space is already operational.” In addition, the airport also has a new fleet of forklifts and 150 new cameras.

Numerous DB Schenker customers have benefited from the modernization measures in the run-up to the Games. “The DB SCHENKERsportsevents team has a global reach, and once again our German colleagues have been commissioned to handle the logistics for some of the Olympic teams, hospitality houses, broadcasters, sponsors and suppliers,” says Flavia Brandão – and many of the consignments have already arrived in Rio as airfreight.

“The Games have given us a great chance to drastically improve our situation,” says Patrick Fehring with obvious conviction. “We can show the many players in the airfreight business that our airport is a modern, well-functioning gateway.”

And what about Rio itself? Although it seems like a minor detail, one indication of how things are moving is that the buses and trains to the sports venues are actually up and running! Unlike the 2014 World Cup, when proposed improvements to public transport in many cities proved to be little more than piecemeal at best, this time around there is likely to be no bad press. There is a good chance that Rio de Janeiro will welcome the world as a modern metropolis – and with a vibrancy that extends to the rest of the country and far beyond Brazil’s borders.

Mythical Maracanã: the opening and closing ceremony for “Rio 2016” will take place at arguably the most famous stadium in the world
Next Post