Schenker’s Agents of Change: How Women are Paving Success Paths in Logistics and Supply Chain

Making bold, decisive moves takes guts. When things work out well, the leaders who instituted the changes are lauded with glory, praise, and recognition. When the opposite happens, someone has to stand up, take the blame, and then right the ship. Here at Schenker, we have an impressive lineup of women who aren’t afraid to be bold, institute changes, and watch as their efforts contribute to the greater good of our global organization. Here are their stories.

When Shiara Beecroft was asked to consider a position heading up Schenker’s Johannesburg branch, she seized the opportunity to make a difference in a growing, global organization. An analytical chemist who worked in the minerals, smelting, and mining environment for 12 years, Beecroft quickly learned that she had a knack for managing people in operational environments—versus serving as a “specialist” in her field. And after earning her MBA degree, she also realized the scope for her skills wasn’t restricted to any particular industry or environment.

In 2012, Beecroft stretched her wings and joined Schenker as general manager for the Johannesburg branch. While there, she instituted a number of key changes that helped the branch operate smarter, better, and faster in today’s competitive logistics environment.

Beecroft credits Schenker’s senior leadership team and multiple operational teams with helping to bring those new initiatives to fruition. The results were significant, and included improved productivity, lower costs, and an ongoing commitment to continuous improvement.

When the opportunity presented itself to manage the branch in San Francisco, Beecroft took it. “One of my key strengths is managing change,” she says. “That’s been my track record across my entire professional career, and it’s one of the things that attracted me to Schenker in the first place. I knew I’d have the opportunity to utilize my skills to drive change.”

Enticed by the idea of working in the heart of the bustling Silicon Valley area, and for a much larger corporate division, Beecroft is now facing a new challenge:  How to be an agent of change in a larger pond, where a bigger group of people is tasked with ferreting out and addressing inefficiencies and productivity issues.

“In the short amount of time that I’ve been here, I’ve gained an understanding of the U.S. team,” says Beecroft. “This is an exciting time to be here in the US and I look forward to adding value and assisting the organization in going forward.”

In assessing Schenker’s role in helping to advance women, Beecroft says the company is doing a good job at exposing them to more senior-level position opportunities. She sees herself as a positive role model for individuals who either work their way up through the company or join it after accumulating knowledge and skill sets in other industries.

“My journey thus far at Schenker has been about facing continual challenges,” she concludes, “and coming through on the other side a better and stronger person for it.”

When They Say it Can’t Be Done, She Gets it Done 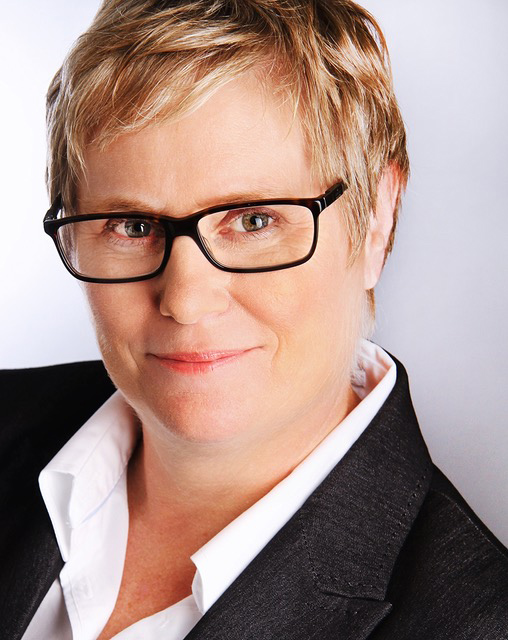 As head of finance for Schenker Ocean, Dawne Tiller downplays her position, laughing as she compares it to the age-old vision of an accountant wearing a green eyeshade, holding a pencil, and sequestered in a room with piles of documents. In reality, of course, Tiller and her team of 15 employees (spread across multiple locations in Canada) play a critical role in keeping the back office, financials, payables, and receivables running like a well-oiled machine.

Tiller joined Schenker just over two years ago after learning about the company’s open controller position. “I had previously worked for one of our ocean export customers, and I knew from our director of logistics (at her former employer) that Schenker was the gold standard in freight forwarding,” says Tiller. “When I learned about this opportunity, I knew it was a company that I wanted to work for.”

After coming onboard as controller in early-2015, Tiller was promoted to director of finance last year. She and her team are responsible for the financial results of Schenker’s Ocean product in Canada, which comprises about 60% of the organization’s business. They ensure accurate reporting of all numbers, collect payments from customers, make sure Schenker is being paid promptly, and manage various other financial transactions and functions.

Tiller says Schenker’s “gold standard” reputation didn’t disappoint. “It was definitely a well-deserved title,” she explains. “We have some very high quality people working for a very high quality organization that always puts its people and its customers first.” Due to the magnitude of Schenker’s Ocean business, for example, Tiller works often with the organization’s corporate office and enjoys the relationships she’s formed with the company’s long-term employees. And while she’d like to see more women hold those upper-management and leadership roles, Tiller says the landscape is slowly changing for the better.

“Our VP of projects is female, and that’s both encouraging and exciting,” says Tiller, who, upon being promoted in 2016, became part of Schenker’s Canadian Management Team. “It’s great to be a woman in a senior management capacity, and to be able to deliver the perspective, value, and diversity that our industry needs.”

Modest by nature, Tiller says she’s had a few “be bold” moments of her own throughout her career at Schenker. “When I joined the team as controller, I saw that we were using a lot of processes just because things had ‘always been done this way,’” says Tiller, who knew that being able to view, assess, and adjust to unpredictable foreign exchange fluctuations would positively impact the ocean department’s payables. “We knew we needed a better view on what our U.S. dollar requirements were in order to be able to hedge against them,” Tiller explains.

“Ocean had struggled with this issue for many years, mainly in terms of having timely posting of invoices impacted by the changing foreign exchange rates,” says Tiller, who worked with the respective department to come up with a viable solution to the problem. “People told us that it couldn’t be done, and it would be impossible. But we did it quickly and effectively thanks to our great teamwork.”

A leader in supply chain management and logistics solutions, DB Schenker strives to increase female participation in its workforce while also cultivating more women leaders across all of its global departments and locations. By developing a positive, woman-friendly work environment, embracing diversity, and implementing initiatives like Walk the Talk (a campaign focused on building more diverse, well-rounded teams where issues like gender pay gaps are adequately addressed and mitigated), we are doing our part to empower women and impact positive change around the globe.