The aerospace supply chain is a complex animal. Made up of many different links that are spread around the globe and that rely on thousands of suppliers that come together to deliver the world’s air transport vehicles, it’s facing some interesting challenges so far in 2018.

“The number of orders currently booked on the commercial side of the industry equates to six to seven years’ worth of aircraft,” says Patrick Boy, corporate VP and head of DB Schenker’s Aerospace and Defense division. “At the same time, capacity in the airfreight market as a whole is shrinking, so getting these products to market is getting more and more expensive.” 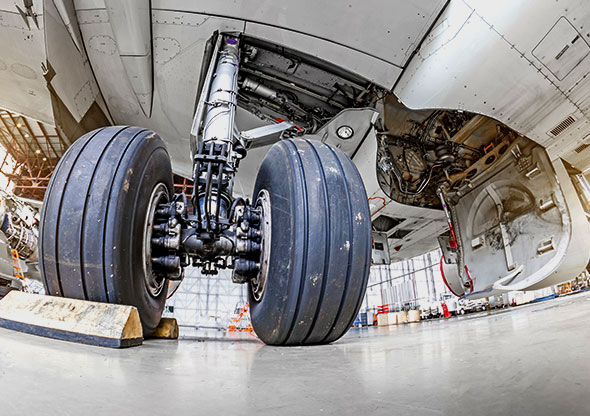 As aerospace companies seek out ways to mitigate these issues—often by working closely with a global logistics provider that can guarantee airfreight space at a predictable cost—they’re also keeping a close eye on these five trends:

“Aerospace companies rely heavily on airfreight service for their supply chains due to the small size of their production batch and high value of the spare parts,” says Boy, who adds that the cost of inventory is a critical indicator of success (or of challenges) for aerospace companies. “We’re at the point where airfreight has tightened and upper-deck capacity has been reduced, and especially in the Americas,” says Boy, “this has forced firms to review their supply strategies to seek out strategic logistics partners that can guarantee service and price.”

Expect the aerospace supply chain outsourcing trend to continue over the next few years. For example, DB Schenker recently worked with Airbus to develop a streamlined logistics and transportation system for the latter, which is ramping up final assembly line production in Mobile, Ala., to be able to handle five commercial passenger twin-engine jet airliners (A320s) per month. Airbus partnered with DB Schenker to develop a logistics plan to accommodate the manufacturer’s larger, ocean-going vessels. Those vessels are now being used for the international transport of four complete airplanes (a number that will increase to five in 2019) per month. Using its new roll-on/roll-off terminal, barge, and newly-dredged section of river, Airbus can now use larger vessels to transfer the huge components by water.

As logistics providers continue to invest in their infrastructures while also adding robotics, the Internet of Things (IoT), and warehouse automation to their advanced technological capabilities, expect to see even more aerospace companies leveraging their logistics and transportation expertise. “Here at DB Schenker we’re investing a lot of time and money into our worldwide innovation centers,” says Boy, “all with the goal of helping our customers work smarter, better, and faster in their respective industries—aerospace included.”